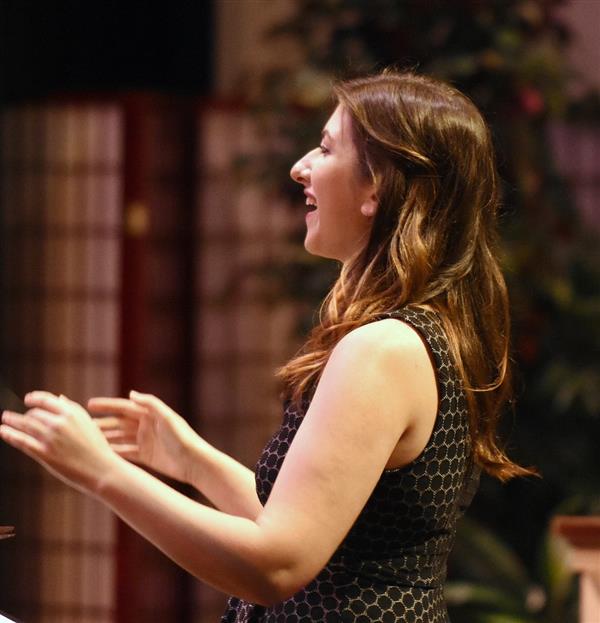 Ms. Abby Marchione is thrilled to direct the CB West Choirs. She grew up in Buckingham and is an alumna of Holicong and CB East, where she was an active participant in the choir programs at both schools. She earned her Bachelor of Music Education with a concentration in voice from Elizabethtown College, where she is also working towards a Master of Music Education with a focus in Peacebuilding.

She began her professional teaching career as the middle and high school choral director at the Northern Lebanon School District in Lebanon County, PA. There, she also served as the music director for the high school theatrical productions, which included vocal music instruction and conducting the pit orchestra. In October of 2020, Ms. Marchione returned to the Central Bucks music department as a faculty member. She taught general music in the elementary virtual academy for a year and assisted in instrumental music positions. She has taught all grade levels from first through twelfth in Central Bucks.

Ms. Marchione was on the CB Summer Music Camp staff as an intern and faculty member for several years. She is an experienced voice teacher and stays active as a choral musician in Vox Philia, a chamber choir that performs in and around Reading, PA. Her recent performing highlights with Vox Philia include premieres of Benjamin-Gunnar Cohrs' new completions of Mozart's Great Mass in C minor and his Requiem in D minor. In May 2022, she sang in the choir’s world premiere of the SATB setting of “Folk Songs of the Four Seasons” by Ralph Vaughan Williams. Ms. Marchione strives to be a life-long learner and a well-rounded musician.